The Embrace Test is a non-invasive embryonic genetic test that allows us to select which embryo has the highest probability of being genetically normal by studying its culture medium.

This pioneering genetic test allows us to prioritise which embryo should be transferred first, without the need for an embryo biopsy, thus shortening the time of achieving a successful pregnancy.

The name, ‘Embrace’ is an English term that means ‘to surround’, since it is the culture medium that surrounds (embraces) and remains in intimate contact with the embryo throughout its development. 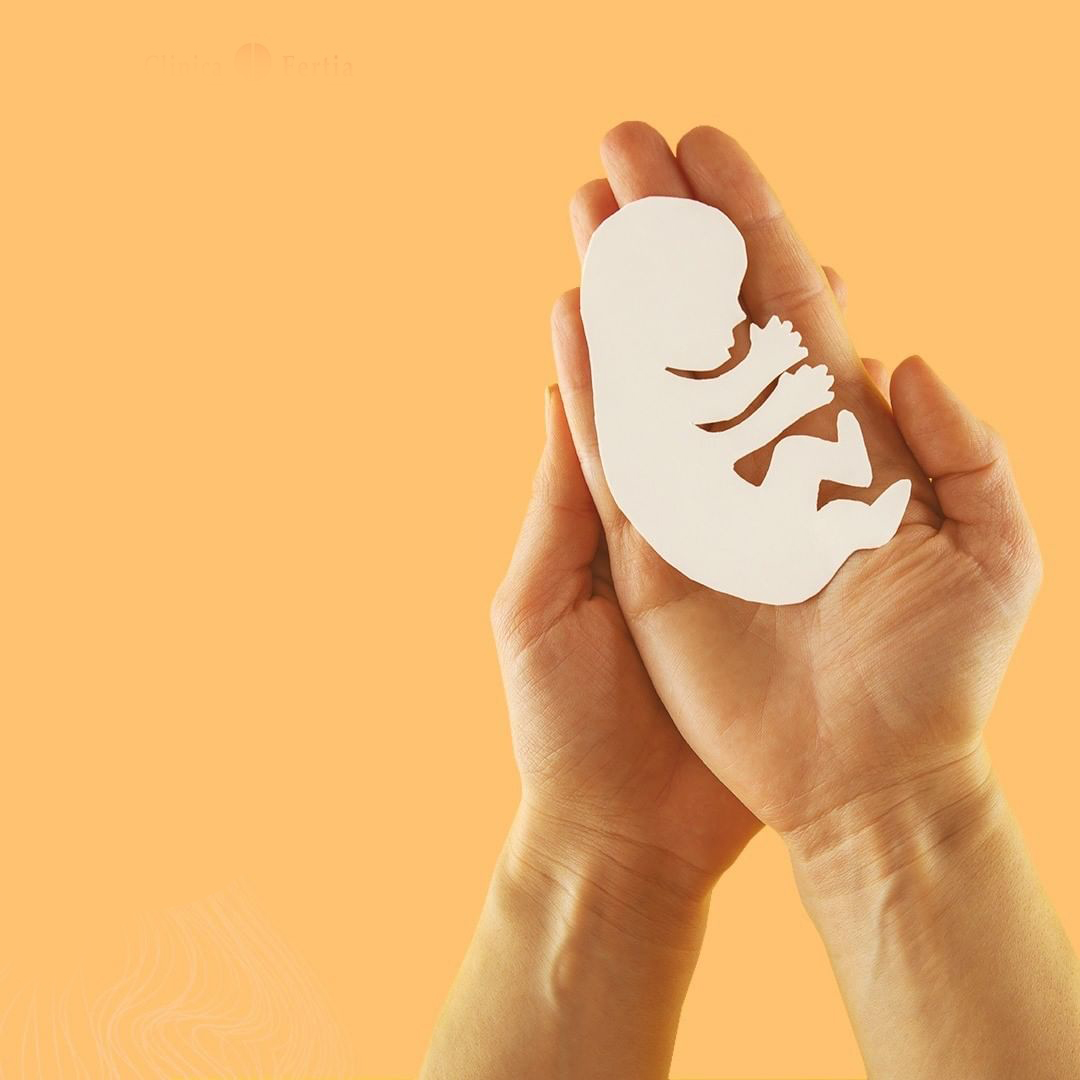 Our fertility clinic is the first centre in Andalusia to perform the Embrace Test.

Clínica Fertia is the first centre in Andalusia that has started the validation process of our assisted reproduction laboratory to perform the Embrace test, with the aim of being able to offer all our patients the option of this new technology.

How useful is the Embrace Test?

The Embrace Test does not exactly replace genetic diagnosis by biopsy, but the analysis of this culture medium will allow us a better embryo selection in order to improve our results.

By transferring the embryos with the highest probability of being genetically normal first, the number of embryo transfers is reduced, the incidence of miscarriage is reduced and the time to gestation is shortened.

The Embrace Test is indicated for any woman who wishes to increase her chances of pregnancy in an in-vitro fertilization cycle.

What does a non-invasive embryonic genetic test mean?

We say that the Embrace Test is a non-invasive embryonic Genetic test because the embryo is kept in the incubator without any type of interference.

Until now, the most common method of obtaining genetic information from an embryo was doing an embryo biopsy, but since a few years ago other non-invasive diagnostic methods have been developed, since it has been shown that embryos throughout their development release DNA fragments in your culture medium.

Various research groups have studied this embryonic DNA present in the culture medium and when comparing their results with those obtained by embryo biopsy, they have obtained a concordance of more than 80%.

If you would like more information about our treatments, we are always available to help and answer any of your questions.

How long do I have to wait to start treatment?

If the evaluation is successful, treatment can be started immediately. Treatment can be scheduled for the month that best suits the couple. In the case of egg recipients, the waiting time is usually one or two months.

How many attempts can I make?

In the case of artificial insemination, here at the clinic we recommend a maximum of four attempts, since 90% of pregnancies occur in the first four cycles.
Regarding In-vitro fertilisation or microinjection, our clinic never makes more than four attempts using these techniques.
In the case of egg donation, it is more difficult to establish a limit, this will normally be determined by psychological and also economic factors.

Can you use these techniques when you have already entered menopause?

Yes. Nowadays, it is possible to become a mother after entering menopause, either physiological due to ovarian failure, or after treatment of neoplastic diseases.
In these cases, the reception of eggs from a donor must be used.

What are the biggest concerns of egg or sperm recipient couples?

Anonymity is what worries most couples and, at Clínica Fertia, this is absolutely always guaranteed. Although a patient accepts to undergo the treatment, they do want the upmost discretion.
Another factor that concerns a couple is the health of the donors and the physical resemblance to them.
In our centre, both in the case of sperm donors and egg donors, our goal is to seek that the physical resemblance is as similar as possible to the parents.

Are these treatments expensive?

For a couple with fertility problems to achieve a pregnancy it can cost between 800 and 6,000 euros, if an assisted reproduction technique is used. Although the price not only depends on the technique used, but also on the frequency of its application.
Clínica Fertia is a pioneer in maintaining an honest and transparent policy. Since 2002 we have published the information of the cost of our treatments on our website.

Your first initial consultation is free.
Contact us and book your appointment